Bilge Sock 101 - What Is a Bilge Sock, How's It Used and The Critical Role It Plays in Protecting Our Waterways 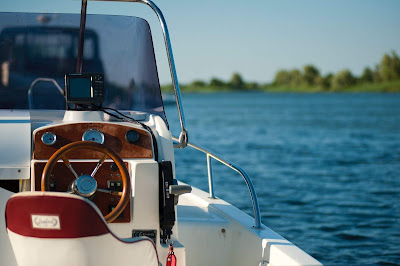 
The suns shining, the waters warm and the weather’s perfect for another beautiful boating season! As you prepare your boat for the water and go through your USCG Float Plan don’t forget a critical piece of equipment to ensure the safe and clean operation of your watercraft – the use of a Bilge Sock.

What’s a Bilge Sock and How Do They Work?

A Bilge Sock is a critical piece of boating equipment used to absorb and prevent the discharge of potentially dangerous chemicals into the surrounding marine environment. As the name suggests, a Bilge Sock resembles, well, a sock!

Typically constructed of fabric mesh material, Bilge Socks are filled with one of many varieties of absorbent materials. Placed in the bilge compartment of a boat, the Bilge Sock floats on the surface of the bilge water absorbing gas, oil and other chemicals while preventing their discharge and pollution of the surrounding marine environment. A critical first defense against accidental discharge, the use of Bilge Socks is one of many steps boaters can take to keep our coastal, lake and river waters clean.

How to Use a Bilge Sock

At the begging of the boating season place a new Bilge Sock into your boat bilge. Secure the sock with a floating rope (often included) to avoid interference with the bilge pump. Every two to four weeks, or after heavy use, check the socks condition. If you notice any oil or oil sheen, replace the sock immediately. Based on the type of Bilge Sock, dispose of according to local, state and federal requirements.

Why are Bilge Socks Important?

Bilge Socks are a critical first line of defense in the prevention of accidental discharge from poorly maintained engines or accidental spills. Not only does the Bilge Sock prevent damage to our waterways, Bilge Socks can potentially save you thousands of dollars in fines from the USCG for illegal discharge of polluted waters.

Not All Bilge Socks Are Created Equal

While the use of any Bilge Sock is better than the use of no Bilge Sock, not all Bilge Socks are created equal. For years, Bilge Socks have been manufactured with absorbent materials that simply catch and collect contaminants, ultimately requiring their disposal at the end of the boating season.

Most Bilge Socks on the market are filled with a compound most commonly known as Polypropylene. Chosen for its affinity to absorb oil (oleophilic properties) while allowing water and other liquids to pass through, Polypropylene is a thermoplastic polymer used in a wide variety of applications. While it is considered one of the safest plastics, it is not considered an “environmentally friendly” product and like most Bilge Socks requires special disposal once it’s fully spent.

BioSok by UniRemInc is a highly efficient and environmentally friendly Bilge Sock option available today! What makes BioSok so unique is the absorbent material filling the sock. Rather than Polypropylene, BioSok uses a proprietary combination of beeswax, natural waxes and PRP powder that not only absorber oil and gas but simultaneously bioremediate the hydrocarbons.

Using technology first developed by NASA, tiny microspheres of specially treated beeswax within the BioSok absorb the oil and hydrocarbons, while allowing the water to pass through. Encapsulating the hydrocarbons within the beeswax safely traps the spilled oil and gas while creating an ideal environment for naturally occurring microbes to begin to immediately eat the oil, leaving water and C02 as there byproduct.

Over the course of a boating season, BioSok will absorb and remediate up to 30 times its weight. And, unlike other Bilge Socks, once fully depleted all that remains of the BioSok is its fabric shell.  In fact, the BioSok is so effective that it’s been used by the U.S. Coast Guard!

Where Can I Buy a BioSok Oil and Fuel Absorber Bilge Sock?

If you’re a consumer looking for a BioSok for your personal watercraft you can purchase your BioSok Oil and Fuel Absorber TODAY from Amazon.com!

If you’re a retailer or international distributor looking to assort the BioSok Oil and Fuel Absorber Bilge Sock you can contact sales@kelleyindustrial.com!

Popular posts from this blog

The Hard Facts about Hardfacing

September 18, 2017
What is Hardfacing? Hardfacing is a metalworking process of applying tougher metals, high-temperature alloys, ceramics and other overlays to base metals to enhance standard wear, corrosion, hardness and other physical and chemical characteristics of the base metal. When to Hardface? Hardfacing can be applied at during all life-cycles of a fabricated or machines part. Commonly, hardfacing is applied On new parts to increase wear On older, worn-down surface back to tolerance On functional equipment to extend the life of fabricated components as part of maintenance program How is the Hardfacing applied? There are a variety of methods to apply hardfacing. No one method is superior to others, rather the method is recommended based on the intended purpose of the hardfacing. Some of the more common welding methods include: Shield Metal Arc Welding (SMAW) Gas Metal Arc Welding (GMAW) Oxyfuel Welding (OFW) Submerged Arc Welding (SAW) Electrical Welding (ESW) P
Read more

June 30, 2017
Cleaner, More Efficient Gas Turbines Start with Citrikleen and Citrkleen HD As natural gas becomes a more cost-effective fuel to power America’s power needs, proper maintenance of gas turbines and their compressors is more critical than ever to ensure efficient, effective, profitable, and uninterrupted power production. The Problem During the general operation of gas turbines, large quantities of air and other particulates pass through the compressors. While this air is filtered, small quantities of dust, aerosols, and water pass through the filters and end up as deposits on the blades. Over time, these deposits decrease the air flow of the compressor resulting in decreased performance and output of the gas turbines. The Solution Citrikleen and Citrikleen HD are concentrated, biodegradable heavy-duty solvents trusted by heavy industry, aerospace, refineries/petrochemical plants and the military to degrease their hardest to clean equipment. Citrikleen and Citrikleen HD
4 comments
Read more